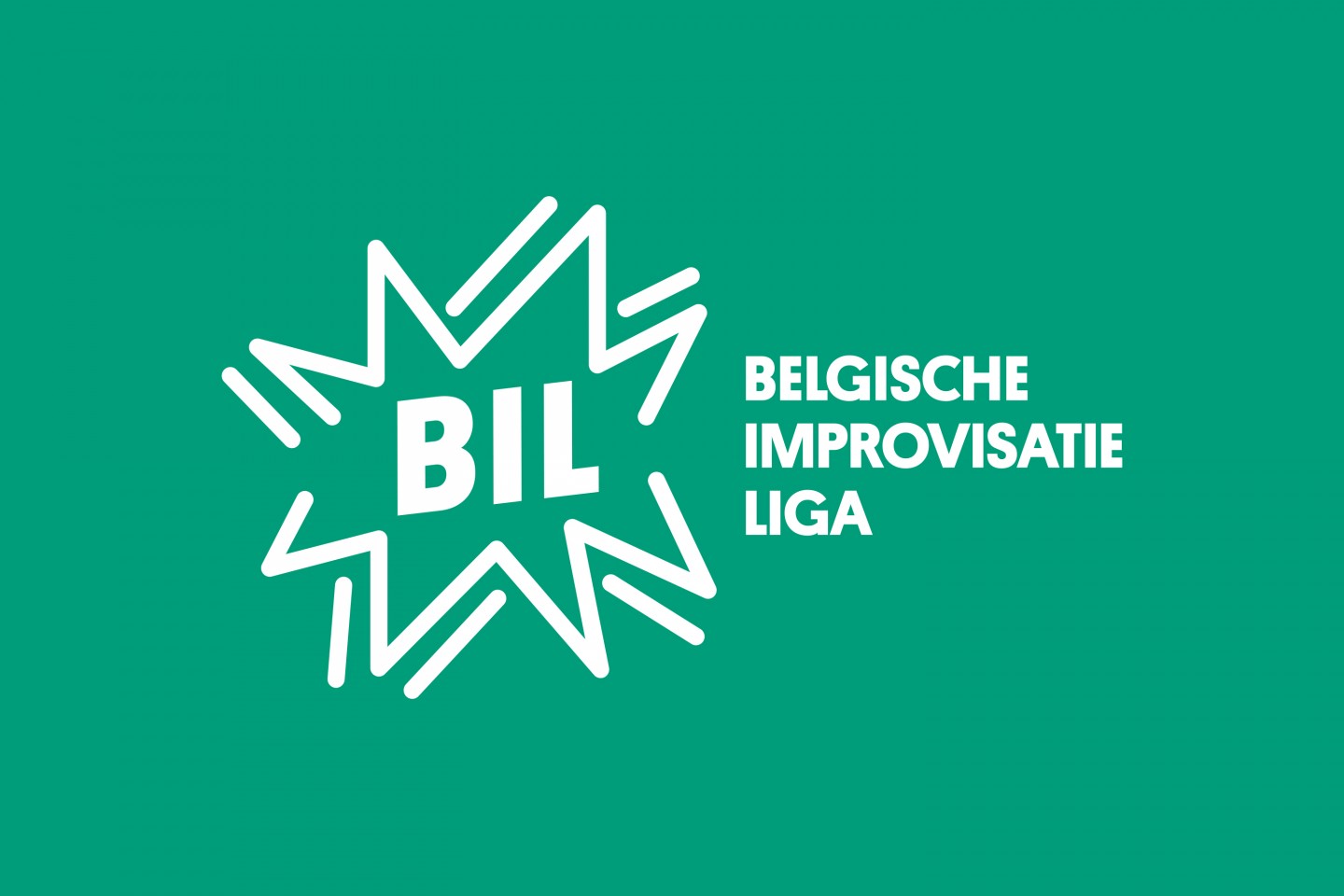 The Belgian Improvisation League was in need of a new identity. The dusty look of their previous branding did not match with the ‘energetic’ feeling of BIL. We decided to revamp the iconic star shape. This became the base on which we built the rest of the branding. The new popping look and feel came by colourblocking with the four team colours throughout the whole identity. Business cards, flyers, tickets, jerseys, … everything got rebranded.

Since 1989 the Belgian Improvisation League has been playing by a unique Canadian concept. This improvised crossover between theater and sports is garanteed to deliver hilarious nights. 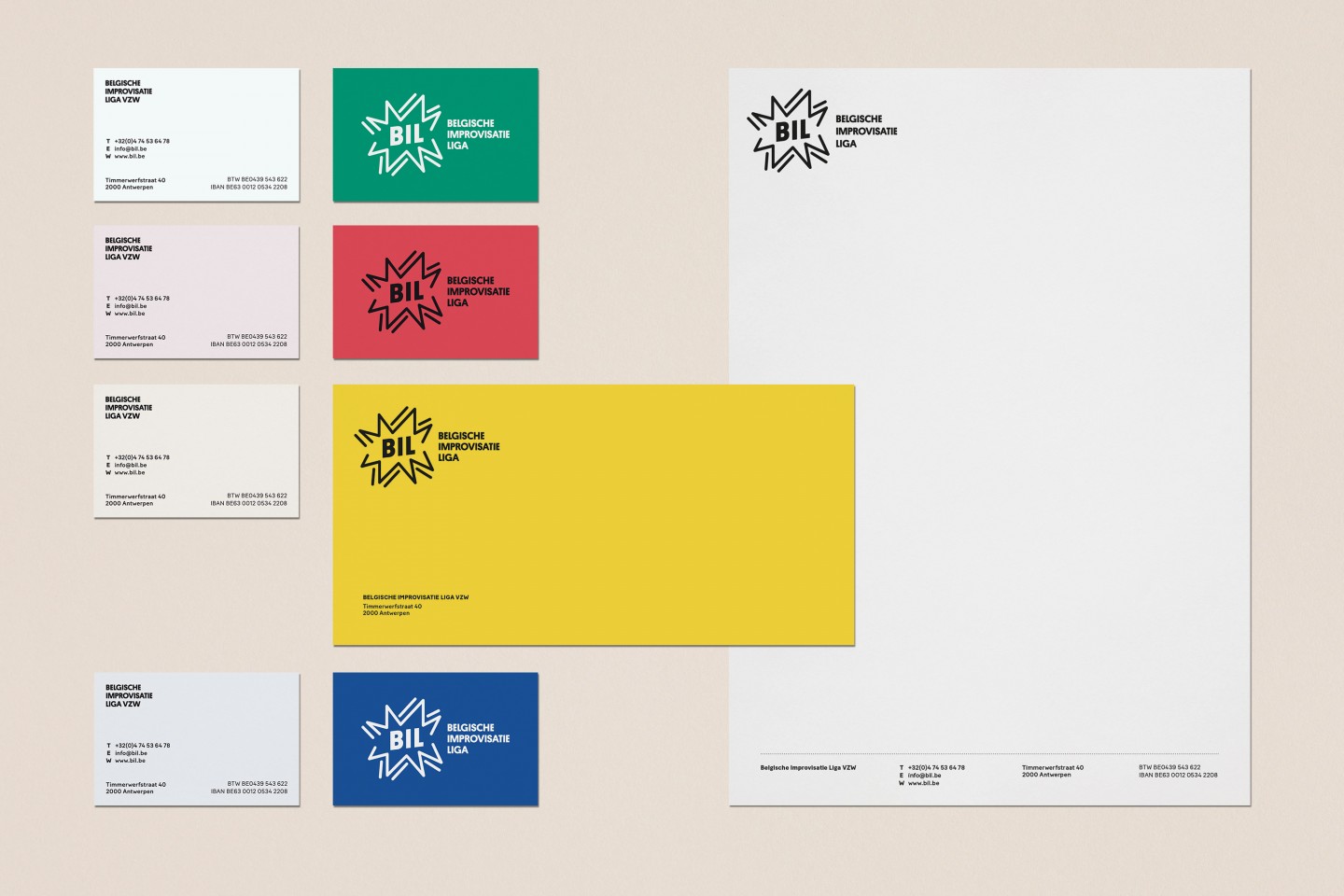 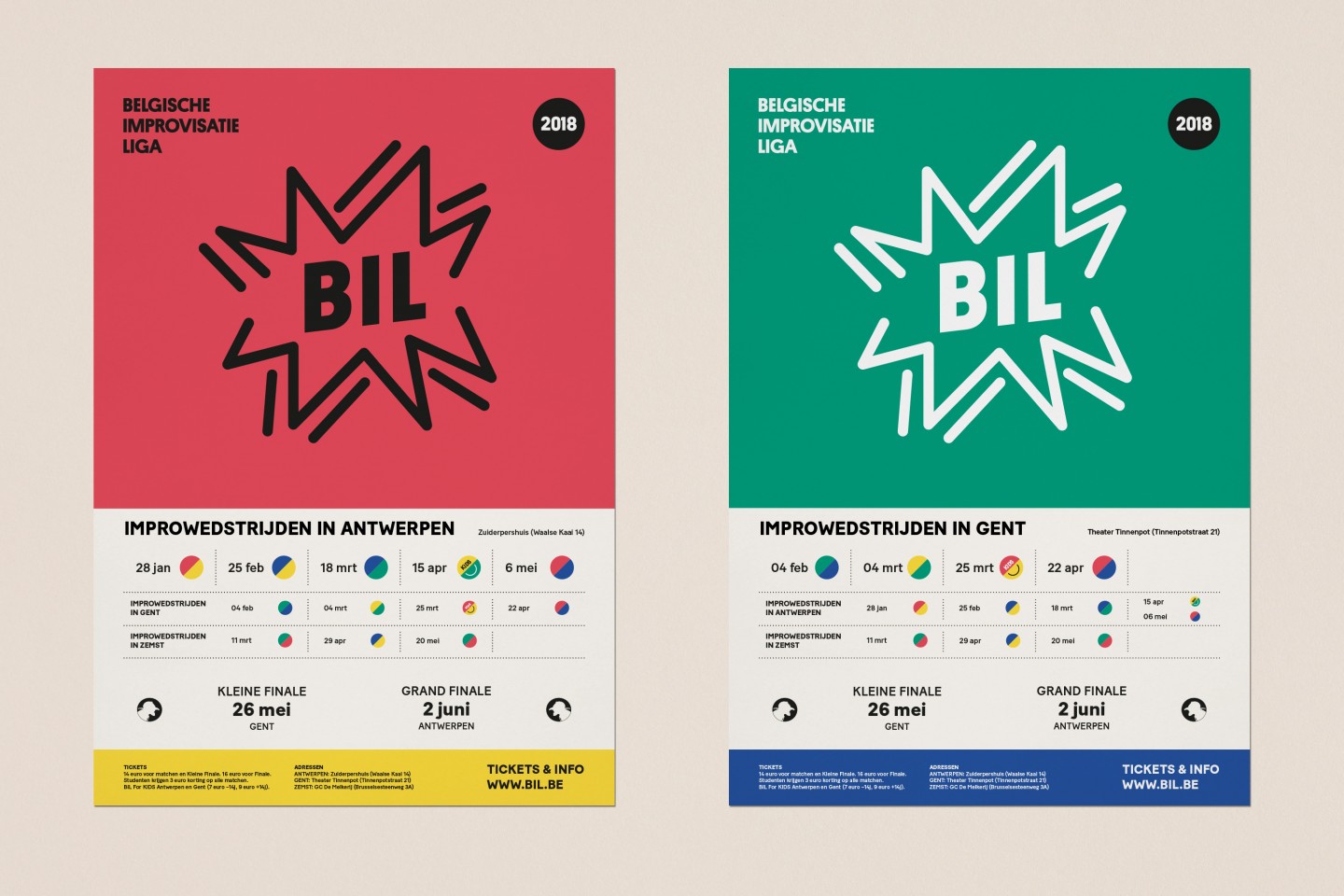 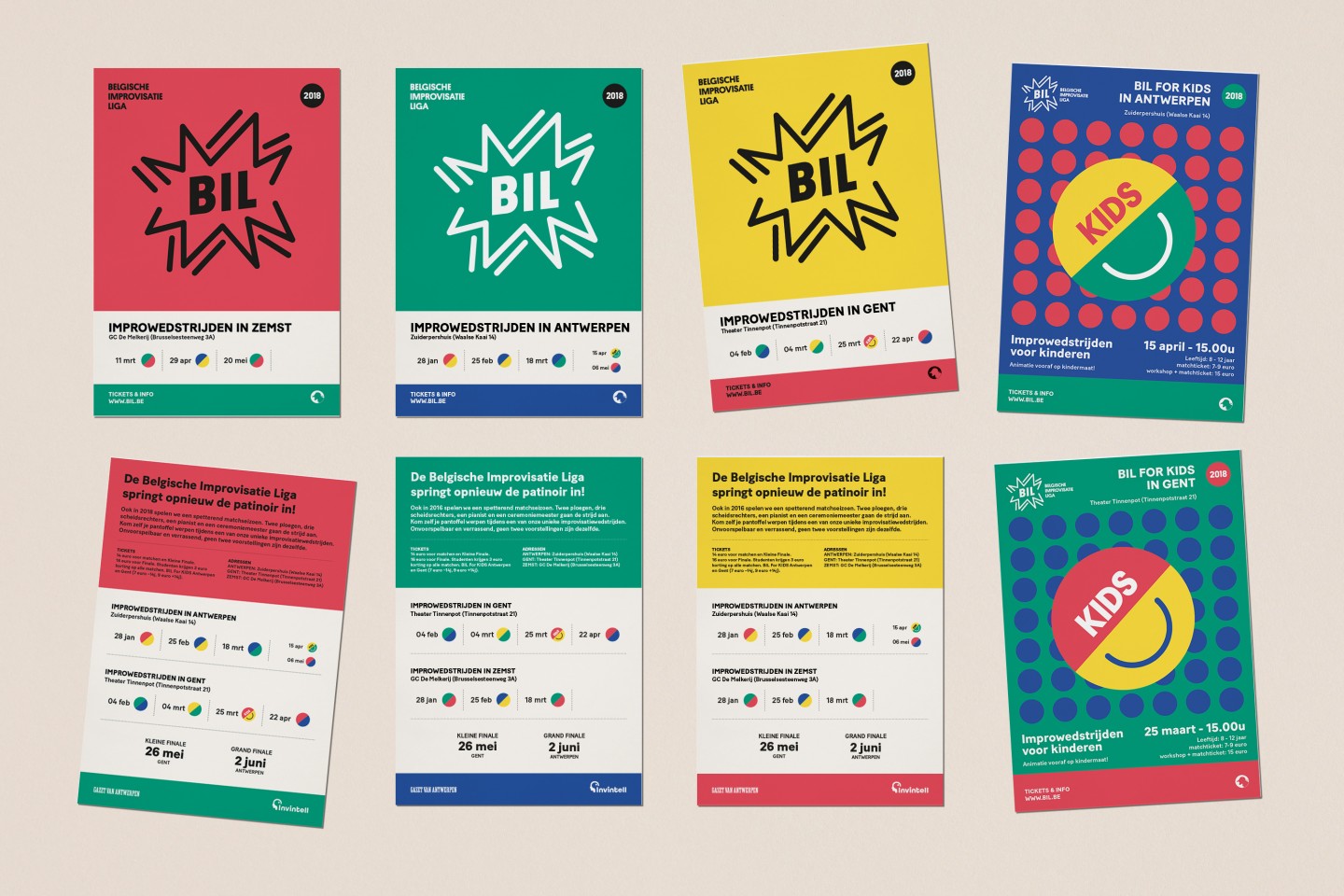 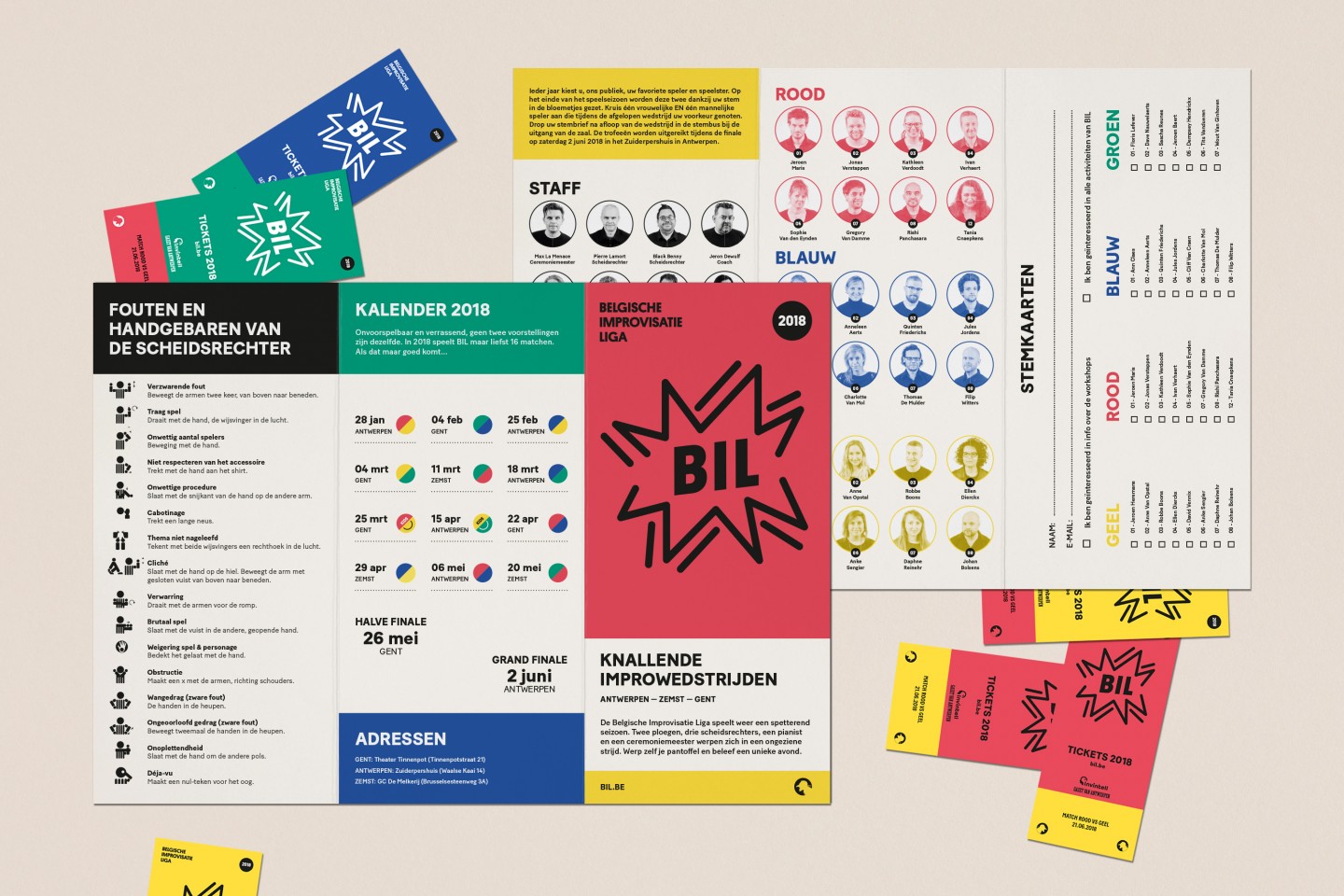 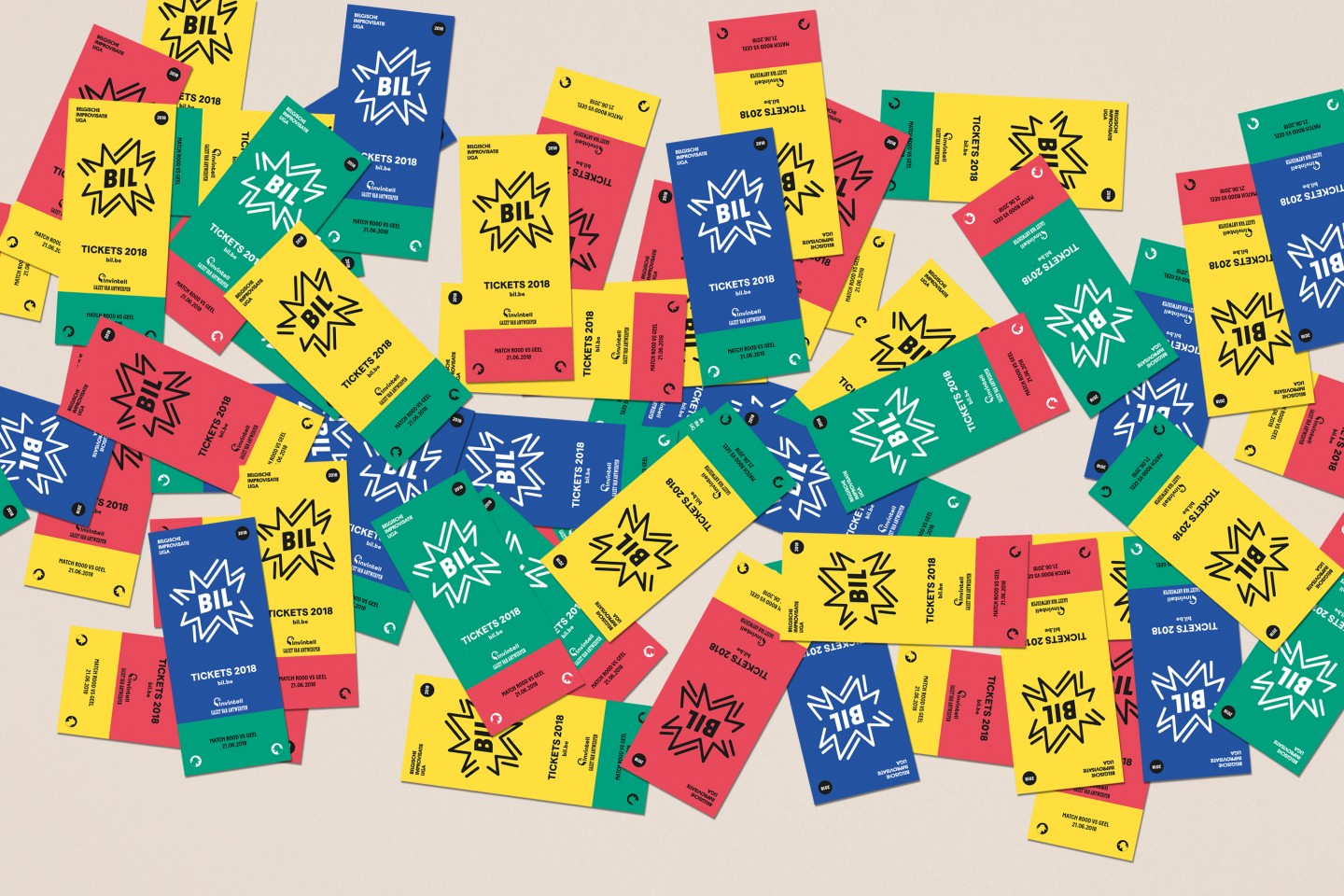 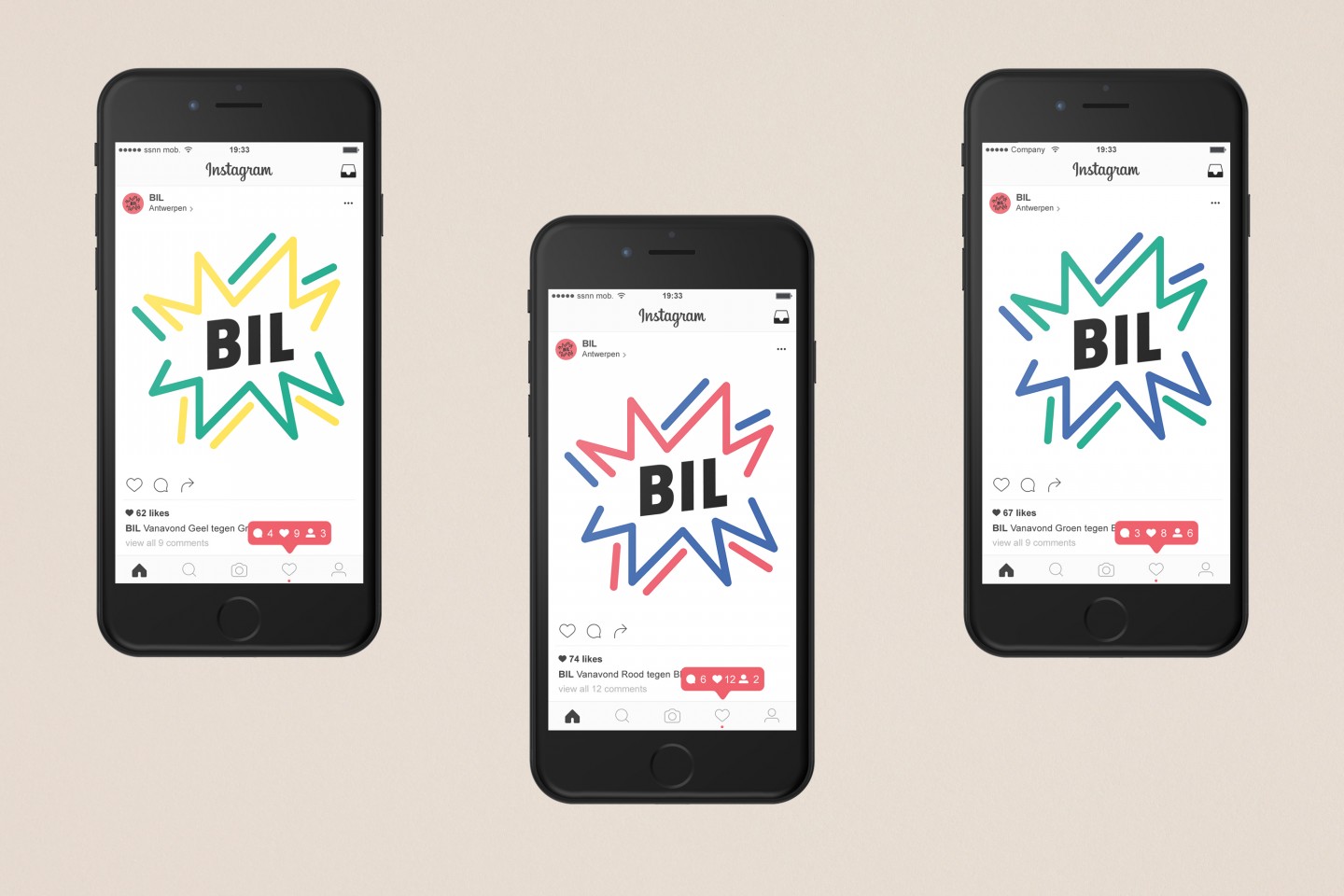 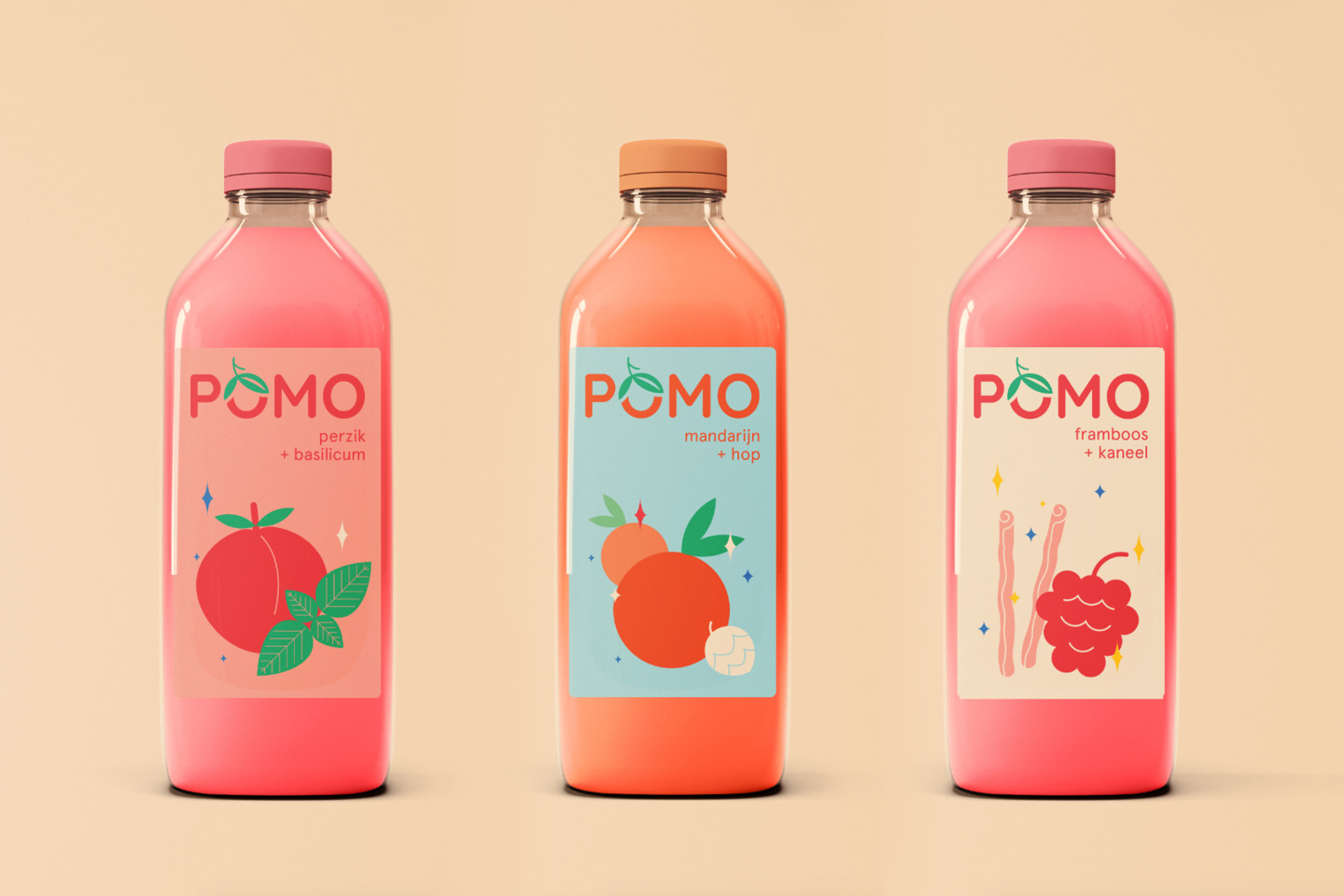 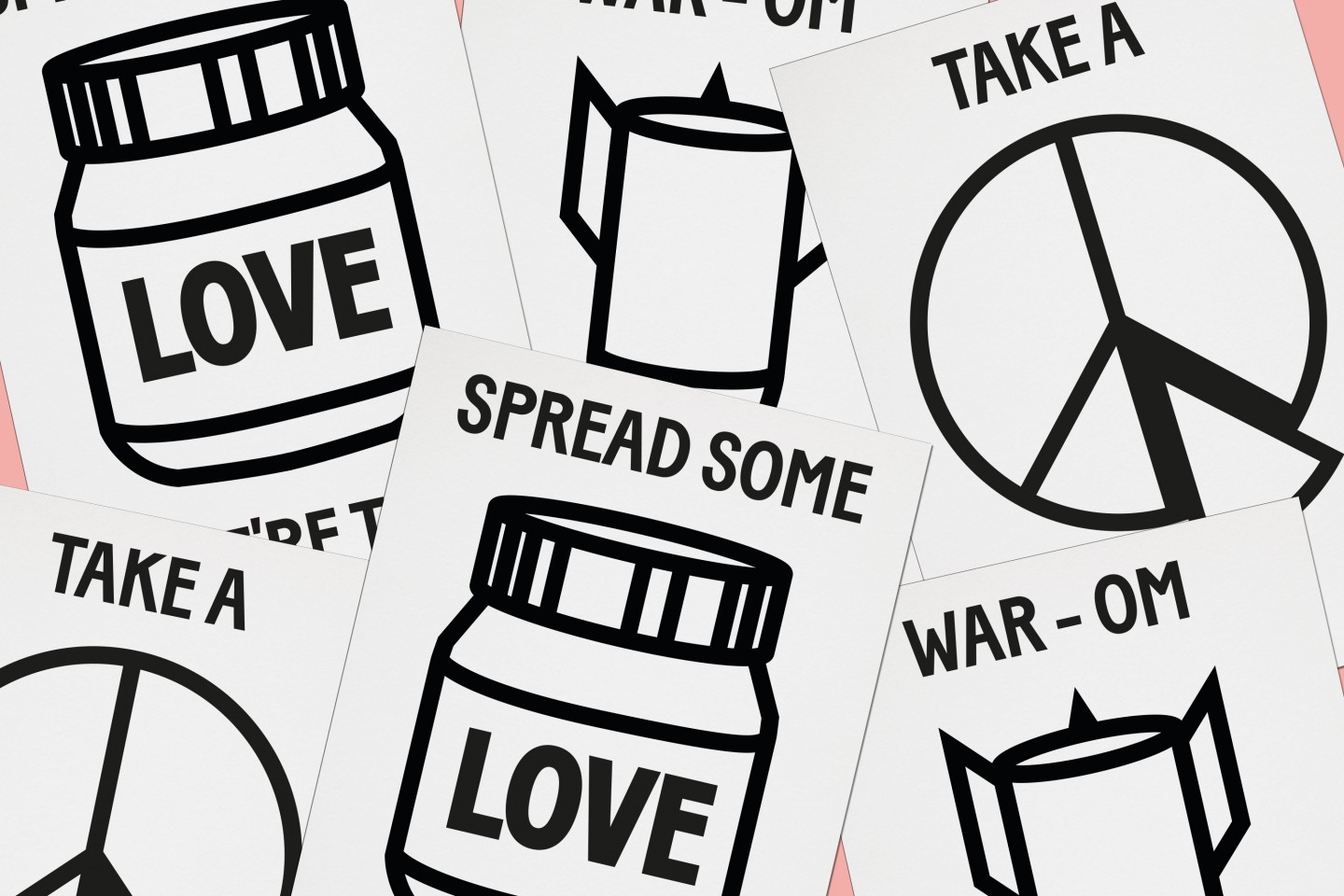